Ever wonder what “Star Trek: The Next Generation” would be like in a future where Microsoft continued to dominate the software market? These are some scenarios that I came up with. If anyone has any additional suggestions, please email them to me.

As the bridge crew look up at the viewscreen, they are shocked to discover that their ship is surrounded by flying toasters and toilet bowls. The crew breates a sigh of relief when Lt Data discovers that the viewscreen screensaver has activated itself.

Captain Picard enters the bridge and says, “I don’t recall giving an order to enter warp.” Lt Data responds, “Captain, the ship has not entered warp, the ‘Flying Through Space’ screensaver has simply activated itself.”

As the Enterprise is about to enter battle, Captain Picard commands the ship’s computer to raise the shields. The computer completely ignores him for at least ten seconds. During the crew’s terrified silence, they can hear the computer accessing the iso-linear memory circuits for absolutley no reason. Finally the computer responds and raises the shields five milliseconds before the ship is struck by a photon torpedo.

After Lt Data finishes plotting a course to the nearest starbase, he presses the “engage” button. The computer responds with an “Unrecoverable Application Error.”

The Enterprise computer has just been upgraded. As it is booted for the first time, it begins running the MSSSN (Mico-Soft Sub-Space Network) Setup Wizard automatically. Natually the setup fails when the Setup Wizard requires the names of the nearest 125 SubSpace Routers; which no one has handy.

Jordi has just finished upgrading the warp core. He instructs the computer to perform a level 3 diagnostic to detect the new core. The computer scans for new hardware and after six hours, detects the new warp core. The computer then begins the process of installing a new driver. It requests that Lt LaForge place crystal 276 in Crystal Drive A. After five minutes the computer instructs that he remove the crystal and insert crystal 227. Another five minutes later Crystal 163, followed by 206, then 212, then 198…

Lt Worf and Cmdr Riker complete their latest Holodeck adventure. Cmdr Riker commands the computer to “end program.” A cloud pattern appears in the sky and a giant rotating Microsoft logo appears in the center of the room. The computer announces, “Please wait while the MS Holodeck shuts own.” When the Holodeck fails to shut down properly (Normally, the room turns black and the doors open), Lt Worf must use the manual override to exit the Holodeck and cut power to it.

The enterprise encounters an alien ship in MS Federation space. Captain Picard instructs Lt Worf to hail the ship. After a moment, the computer announces that they must be a member of the MSSSN to hail this particular ship. It then gives them the option to join for only 25 bars of gold press lattinum a month (First month free).

The Enterprise returns to MS Starfleet Headquarters in Seattle, Earth, for the release of Windows 2365. Unfortunately, due to all the “hoopla” surrounding the event, and the popularity of the galaxy’s favorite software company, every hotel within a light-year of Earth is booked. MSHQ orders the Enterpise to be designated as an emergency hotel facility for the next week. 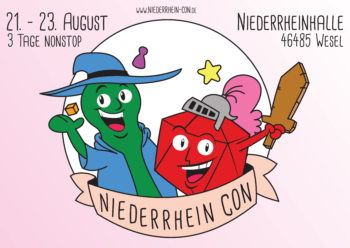