WORF “Captain, there are three Romulan warships uncloaking dead ahead.” PICARD “On screen.” The main viewing screen changes to a pattern of horizontal lines, each only a single pixel wide. PICARD “Data, what’s wrong here?” DATA “Captain, the main viewscreen does not have sufficient video memory to display an image of this size. May I suggest that you select a lower resolution?”

END_OF_DOCUMENT_TOKEN_TO_BE_REPLACED

Ever wonder what “Star Trek: The Next Generation” would be like in a future where Microsoft continued to dominate the software market? These are some scenarios that I came up with. If anyone has any additional suggestions, please email them to me. As the bridge crew look up at the viewscreen, they are shocked to discover that their ship is surrounded by flying toasters and toilet bowls. The crew breates a sigh of relief when Lt Data discovers that the viewscreen screensaver has activated itself. OR Captain Picard enters the bridge and says, “I don’t recall giving an order to enter warp.” Lt Data responds, “Captain, the ship has not entered warp, the ‘Flying Through Space’ screensaver has simply activated […]

END_OF_DOCUMENT_TOKEN_TO_BE_REPLACED

There was a knock on the door. It was the man from Microsoft. “Not you again,” I said. “Sorry,” he said, a little sheepishly. “I guess you know why I’m here.” Indeed I did. Microsoft’s $300 million campaign to promote the Windows 95 operating system was meant to be universally effective, to convince every human being on the planet that Windows 95 was an essential, some would say integral, part of living. Problem was, not everyone had bought it. Specifically, I hadn’t bought it. I was the Last Human Being Without Windows 95. And now this little man from Microsoft was at my door, and he wouldn’t take no for an answer. “No,” I said. “You know I can’t take […]

END_OF_DOCUMENT_TOKEN_TO_BE_REPLACED

We admitted we were powerless over Microsoft – that our computers had become unmanageable. Came to believe that an Operating System greater than Microsoft’s could restore our computers to sanity. Made a decision to turn our computers over to the care of this new Operating System. Made a searching system inventory of our computers. Admitted to the computer, to ourselves and to another person the exact nature of our bad OS. Were entirely ready to have the superior OS remove all defects of the old one. Humbly asked it to remove Win95’s shortcomings. Made a list of all the computers we harmed with MS products and became willing to make amends to them all. Immediately remove such products from such […]

END_OF_DOCUMENT_TOKEN_TO_BE_REPLACED

Ways things would be different if Microsoft was headquartered in South Georgia Their #1 product would be Microsoft Winders Instead of an hourglass icon, you’d get an empty beer bottle Occasionally you’d bring up a window that was covered with a Hefty bag Dialog boxes would give you the choice of “Ahh-ight” or “Naw” Instead of “Ta-Da!”, the opening sound would be Dueling Banjos The “Recycle Bin” in Winders ’95 would be an outhouse Whenever you pulled up the Sound Player you’d hear a digitized drunk redneck yelling “Freebird!” Instead of “Start Me Up”, the Winders ’95 theme song would be Achy-Breaky Heart PowerPoint would be named “ParPawnt” Microsoft’s programming tools would be “Vishul Basic” and “Vishul C++” Winders 95 […]

END_OF_DOCUMENT_TOKEN_TO_BE_REPLACED

Understanding Microsoft Marketing Multitasking: You can crash several programs all at once. No waiting! Built-in Networking: You can crash several PC`s all at once. No need to buy Novell Personal Netware or LANtastic to crash. Microsoft Network: Connect with other Windows 95 users and talk about your crash experiences. Support groups in different cities will be organized. PnP: Plug and Pray (that it works) Multimedia: Experience the immense sight and sound of crashing. Compatible with existing software: It will also crash your existing software. Increased Productivity: You will need to increase your budget to buy more products like RAM and HardDrives. Better yet, get a new computer! That`s product-ivity. User-Friendly: Picture of clouds State of the Art: Pay for Bill`s […] 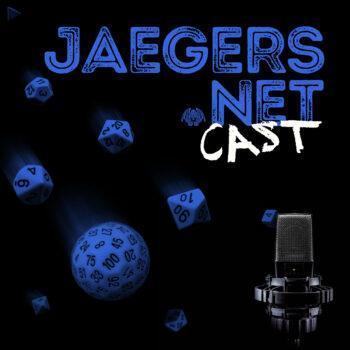